From Scott Wilson clearing the gallery to various members swearing fealty to the civic council, people had a lot to choose from on the disappointment menu.

Perhaps most disappointing however was Tommy Hazouri. Him knowing more than most about our schools needs and that the school board does not work for city council did not stop him from saying some outrageous things.

Hazouri said since 11 percent of Duval kids were in charter schools they should get 11 percent of the referendum and that was only 211 million dollars, he said it like it was nothing. He said he was disappointed that the board didn’t feel the need to give charters that money and with contempt in his voice let them know.

Think about that, the former mayor first dismissed 211 million dollars like it was nothing, and then scolded the school board for not giving into the city council’s extortion. This is what politics has become. We are Transactionville and Hazouri has embraced it, except what he wants only benefits him.

Hazouri endorsed Lenny Curry and then betrayed the city’s schools and children and he was rewarded for it by becoming the vice president of the council and I am sure this time next year he expects to be president.

Here is the thing though, we have a mayor and a bunch of council members who have shown that they are willing to shirk their duties on behalf of  handful of donors and throw kids under the bus, does anyone think they are going to keep their backroom deal with Hazouri?

My bet is they won’t and Hazouri will have thrown away his reputation and legacy for nothing and that will actually be a good day because anyone willing to sell out children for personal gain deserves neither.

Tommy ya done messed up. 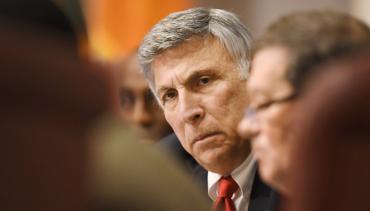 Tommy it’s not how you start, its how you finished and you have finished poorly.