Skip to content
The circuit court decided that local city councilors and commissioners did have some leeway in deciding when tax referendums go on the ballot but that they could not prevent the referendum from going on the ballot. They didn’t say they could beret or dictate terms either. 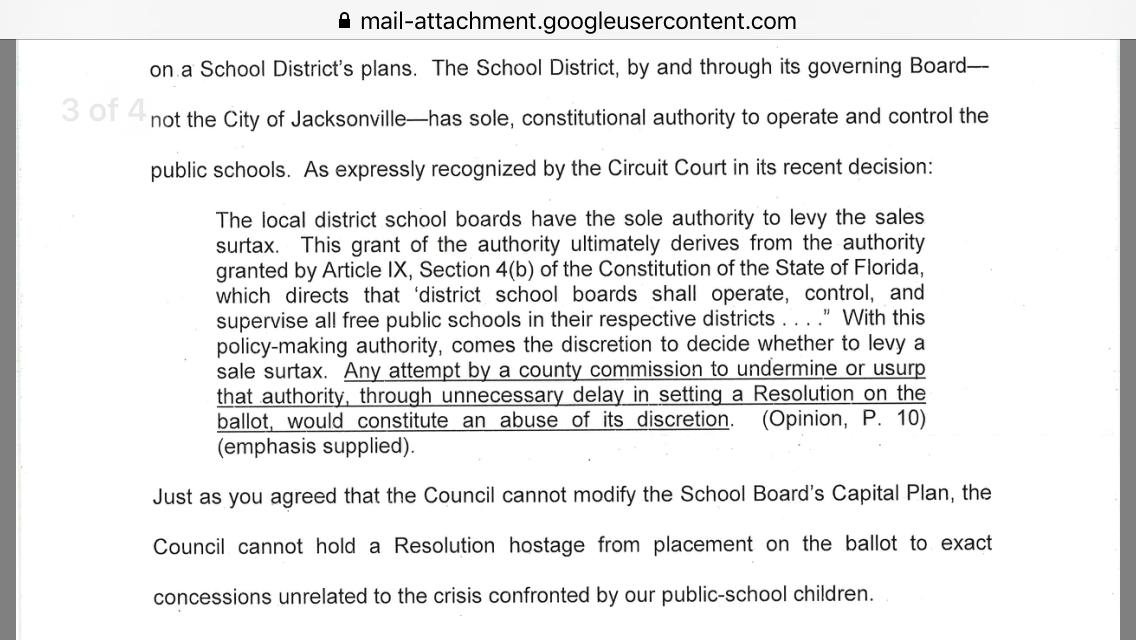 Tommy Hazouri, a former school board member himself who knows better than most the needs the district has and that the school board does not work for the city council instead of siding with the district ran through the crack in the door opened by a corrupt and or incompetent city attorney, and relished in his role. At different times he indicated the district should probably give into extortion, berated the district and questioned their competence, all for one last bite at the apple.

He didn’t do this because it was right but because he thinks Curry and the city council will make him
council president. Something I will take bets won’t happen.

Furthermore he has talked about his fiduciary obligations, despite the city arguably wasting or giving away millions while they fought against the city’s schools and children.

Hazouri was once a liberal icon in this city, now he will be remembered as a sell out, who traded what was right for the city for a seat at the table. Next year when he is bypassed for council president he may wake up but I doubt it.