Skip to content
Let’s talk ethics in Florida, it used to be if you were caught with a live boy or a dead girl in Florida you would have some explaining to do, though now even that is in question, and Jacksonville has always been behind the curve.

So here is what happened, Rory Diamond voted for one of his bosses, who had just quit another  board and had proposed privatizing the city’s parking services, to join the board of the JEA. He could have recused himself to avoid any appearances or impropriety but he chose not to.

This on the heels of his million dollar gift from Gary Chartrand and the summer he spent fighting for his warped causes with no reveal at all.

Diamond is quickly giving Kimberly Daniels and Jason Fischer a run for the most ethically challenged politician in Jacksonville. 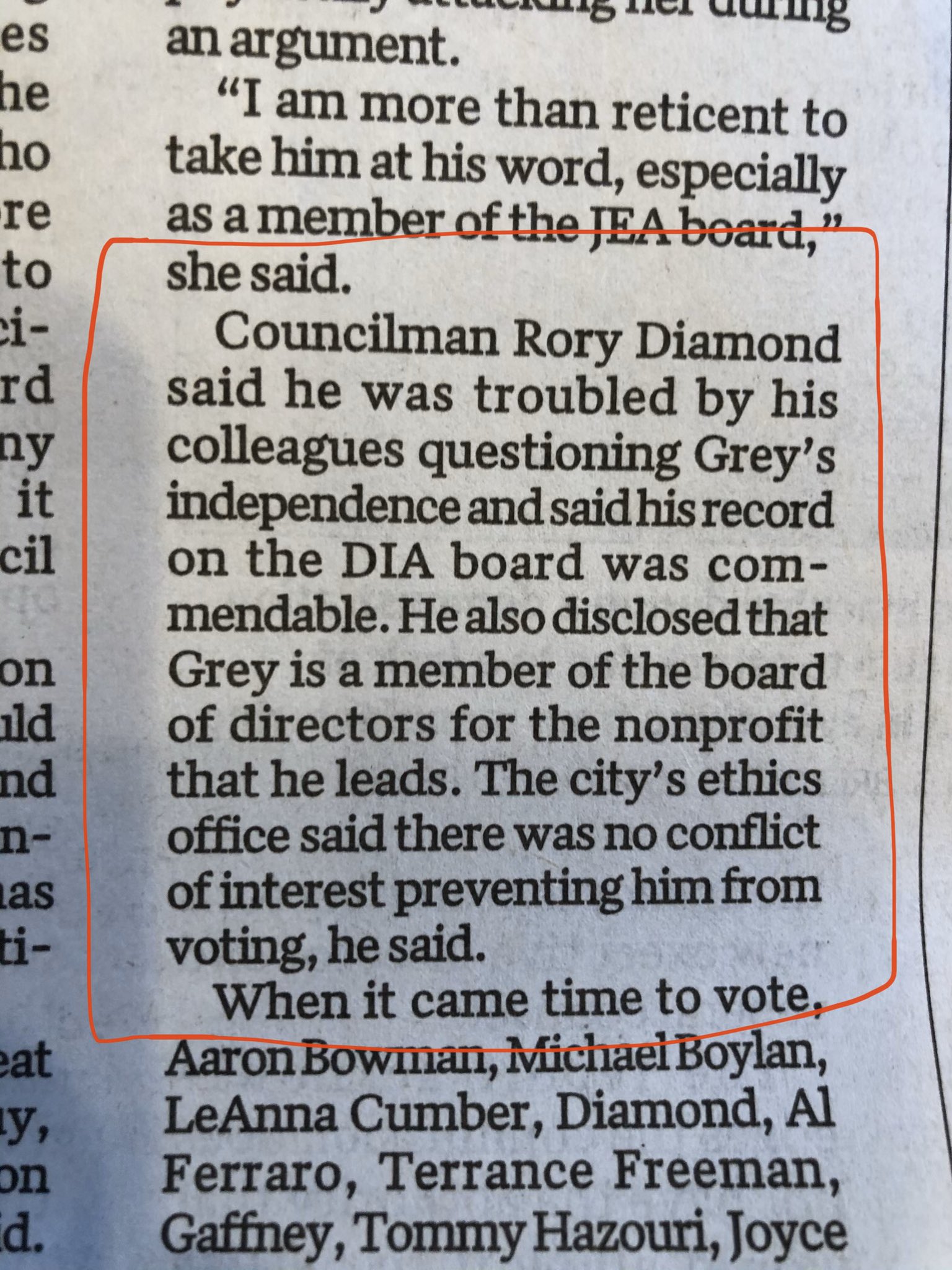 Dear beaches, can we talk here. Is this the best you could have done? Couldn’t you love veterans and dogs and had ethical leadership too.

You and the city deserve better.