Presidential hopeful Mike Bloomberg may have backed off supporting stop-and-frisk, but he plans to double-down on another controversial policy from his time as New York Mayor — expanding charter schools.
Bloomberg will soon roll out an education plan that will include backing the privately managed schools as an option for families, his campaign office told The Post — drawing a contrast with other top-tier Democratic presidential rivals.
“Mike’s education plan will absolutely promote charter schools,” Bloomberg campaign spokesman Stu Loeser insisted.
https://nypost.com/2020/01/05/bloomberg-education-plan-to-promote-charter-school-expansion/
Well, no ambiguity there. Sigh.
Now on larger classes and fewer teachers.
From the New York Times,
Mayor Michael R. Bloomberg faced tough questions for a second day Friday on comments he made about two of the most sensitive issues in New York City education: teacher quality and class sizes.
Speaking on Tuesday to students at M.I.T., the mayor said that in his ideal world he would fire half the city’s teachers and pay those remaining twice as much to teach classes double the current size.
“If I had the ability, which nobody does really, to just design the system and say, ex cathedra, this is what we’re going to do, you would cut the number of teachers in half, but you would double the compensation of them, and you would weed out all the bad ones and just have good teachers. And double the class size with a better teacher is a good deal for the students,” he said.
https://www.nytimes.com/2011/12/03/nyregion/bloombergs-remarks-on-teachers-draw-scrutiny.html?auth=login-google
Sigh, that’s not how education works and no teacher I ever met said, give me more students that will make me better.
You know you hear sentiments like above fairly regularly, Gates, Bush and others have said it but it just goes to show how uninformed they are how out of touch.
Are some teachers better than others, yeah, sure, it would be disingenuous of me to say otherwise, but nobody ever goes hey lets give Super cop Dave an extra beat and fire average cop Maury.
If we were looking at a bell curve, I believe the vast majority of teachers would be bunched together at the top.
A few years back I co taught with three different biology teachers that had three different reputations, all good in one way or another, but none were heads and shoulders above the others. Bloomberg would say fire one and make the other classes bigger which would have hurt all three sections.
Bloomberg’s education ideas are ignorant and uninformed and sadly he doesn’t seem inclined to change his point of view. Hubris because he’s rich. What’s really sad however is I would crawl over broken glass to vote for him, if it was him and Trump which I guess means its time for me to chip in to Bernie or Elizabeth to make sure I don’t have to make that choice. 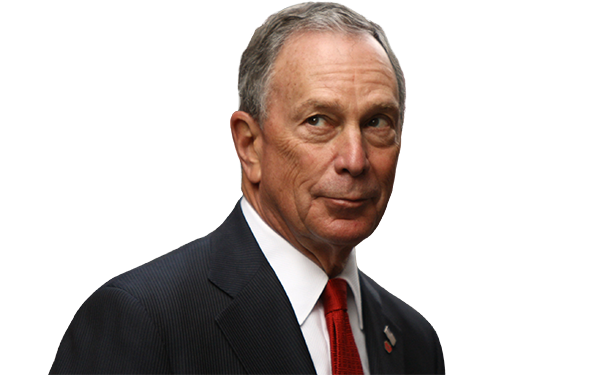