Skip to content
I think unless there are tens of thousands of people in Tallahassee on 1/13  on public education ‘s behalf Tallahassee will just dismiss it. I also think even if there are tens of thousands of people in Tallahassee there is a good chance Tallahassee will dismiss it. That being said, its time for Florida’s teachers to step up, because if not us then who.
I sent below to my local paper and a slightly different version to my superintendent and school board (Duval). Wherever you are at, I hope you consider doing the same and sending letters to yours.
On January 13th teachers, school staff, parents, students and people who care about education, plan to Rally in Tally, to express their dissatisfaction for the state governments education policies and its criminal lack of funding. Teacher salaries are ranked 46 nationally, many support staff don’t make a living wage and we would have to add a thousand dollars to the base pupil allotment to get to 2007 levels.
Superintendent Greene and the school board should support this rally by canceling school on the 13th which would allow even more than the hundreds perhaps thousands that already plan to attend to do so.
As a teacher I loathe to miss a day without a sub present and would cancel absences if none were available. This day however is to important to the future of education and the teaching profession for me not to take the day off.
The district still has three weather days it can use to make the day up or it could cancel a few early release sessions instead.
More than a month away hundreds of local teachers already plan to attend and after the governor’s recent dismissal of teachers that number is bound to rise, which means hundreds of classes will be manned by subs, admins or have to be combined if the day isn’t canceled.
This day is to important not to have all hands-on deck and I hope the super and board show leadership, not just here in Duval but all across the state by affording as many of its staff as it can the opportunity to attend.
The very future of public education may be at stake. 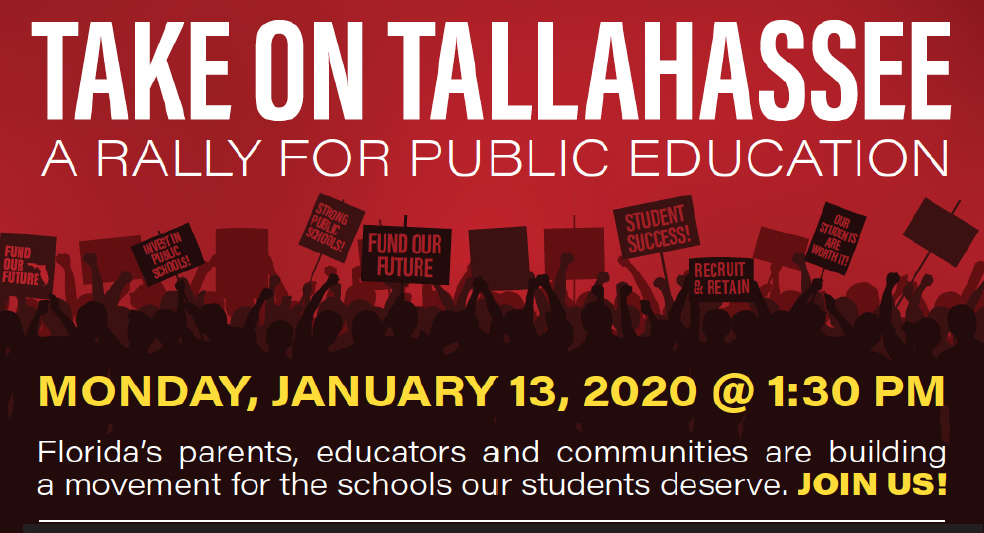