Skip to content
Only one school board member has consistently voted against the sales tax referendum and that is Charlotte Joyce, continuously deferring to the city council, I am now wondering if she might be attempting to sabotage it as well.


At the city council debacle, err meeting Tuesday, Randy White, I am pretty sure not the all pro Dallas cowboys defensive lineman, but a random white guy city councilman from the west side, said he was proud of his board representative (Joyce) for voting against the referendum, and thought after a 4-3 school board vote the day before, a vote the council tried several times to weaponize, more board members had come around to her way of thinking.


I wonder if he feels the same way after the 6-1 vote to sue the city council?


Anyhoo, that’s one thing, this excerpt from a letter the parents at Fishweir Elementary are sending the Times Union, a great idea that I hope more schools do, is another.


We are parents of students who attend Fishweir Elementary School in District 14. Several of us attended last night’s city council meeting, in which the council voted to withdraw the school board’s half cent sales tax ballot referendum. Council member LeAnna Cumber kicked off discussion by voicing her support for withdrawal. She argued that the school board has not been straightforward and noted specifically that “Fishweir Elementary” which “we’ve been told” was the rallying cry for the campaign was not slated for updates until eleven years on in the actual plan. Our own school board member, Charlotte Joyce, has likewise warned us that Fishweir will not be updated for a decade or more, as though this should diminish our support for the school board’s plan.


Um, was Joyce trying to dissuade the parents from supporting the referendum?


Did she say to them, don’t bother supporting it because help for your school is way down the list, I mean except for the five dollar per square foot expenditure for safety and the maintenance backlog, things I bet she didn’t mention.


We know her and White are simpatico about not supporting the referendum but I wonder what has she said to other council members and parents too?

Mrs. Joyce has been a tremendous disappointment thus far, she has a chance to be part of something special but instead she obstructs at every turn. 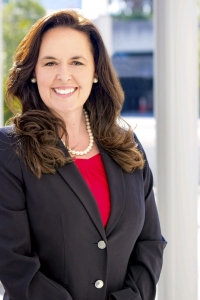