Skip to content
Today with as much fanfare as he could muster, Governor DeSantis announced a teacher raise proposal that has been met with responses ranging from meh to outrage. He wants to raise the starting teacher salary to 47,500 taking Florida from 26th to second. He says over a hundred thousand teachers will get raises. The biggest problem is Florida has over 175 thousand public school teachers and this does between nothing and next to nothing for tens of thousands of veteran teachers who have seen their salaries actually go backwards over the last decade.
From Florida Politics,
DeSantis noted that 100,000 teachers statewide would get pay bumps, with this proposal that would “take Florida from the bottom half of states” to “the top two in terms of teacher compensation.”…
…“As Sen. Bradley pointed out during the governor’s Monday morning news conference, Florida needs to not only recruit qualified teachers, but to retain those teachers once they are in our classrooms,” Ingram added. “Looking at the big picture, our students need more than great teachers, and both students and teachers need support.
“The FEA is waiting to hear how the governor plans to lift this state out of the basement in national rankings on education funding and to ensure that all of our students have the opportunity for a world-class education.”
https://floridapolitics.com/archives/307630-desantis-teacher-compensation
So to retain qualified teachers, we offer them, um looking at the proposal nothing.
Also how are they going to pay for it and make sure the funding is available year after year? The state board after you factor in inflation just recommended a pay cut.
They Governor and the republican party love smoke and mirrors, big productions that turn out to be nothing or far less than promised.
Increasing starting salary is not going to attract many more teachers to our classrooms, giving teachers autonomy and scaling back punitive testing just might.
Raising the minimum starting salary isn’t going to stop the exodus either, great I spend nearly two decades in our schools, and now I am making a weekend at Disneyland more than brand new ones.
I feel less motivated after his proposal and I bet I am not the only one.
I have an idea, raise the per pupil allocation by a thousand dollars, getting it back just to 2007 levels and let districts and teachers figure it out. This proposal was meant to grab headlines and divide teachers and nothing else.
They say the devil is in the details, well friends I bet there are a lot of devils in the details of this proposal. 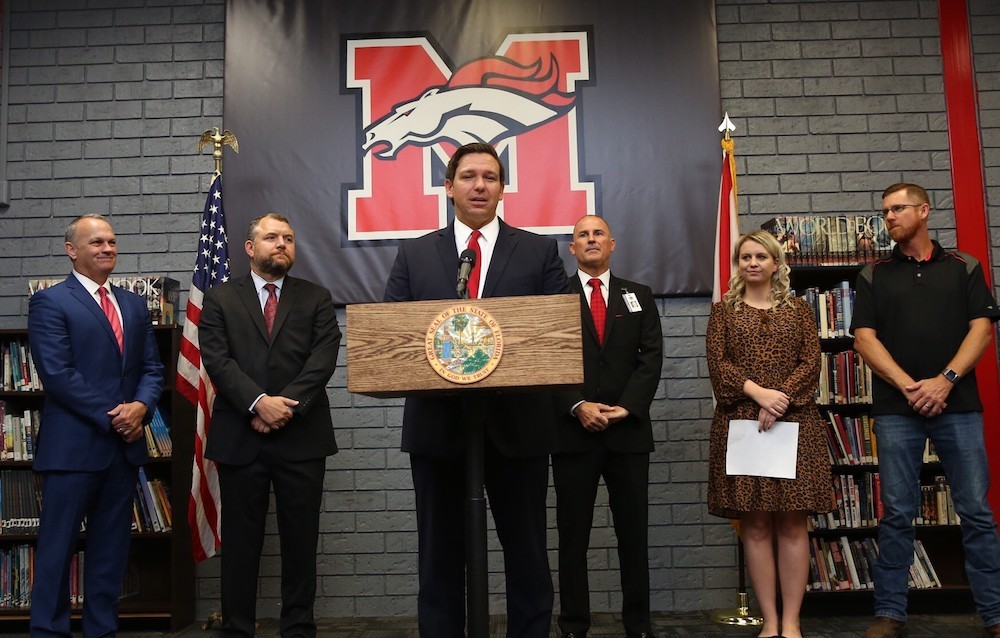