Skip to content
Somewhere between praising the Civic Council and denigrating the school board Tuesday night, Bowman said that he would be the tax referendum’s worse nightmare if the school board didn’t give him what he wanted, hundreds of millions for his donors charter schools. Now that last part isn’t verbatim but the nightmare part is.


Um is that something somebody who is having an earnest debate with somebody else says? Does that sound like Bowman is willing to compromise? The truth is Bowman couldn’t give a $#% about what the city’s children and his nightmare comment is just further proof of that.


Next because you know there is nothing else going on in the city, not like there is a hurricane in the vicinity and the super doesn’t have to get the hurricane shelters ready, something nobody who works for a charter school has to do, Bowman “demanded” everything the district has on the timeline and it better be in by Tuesday too. 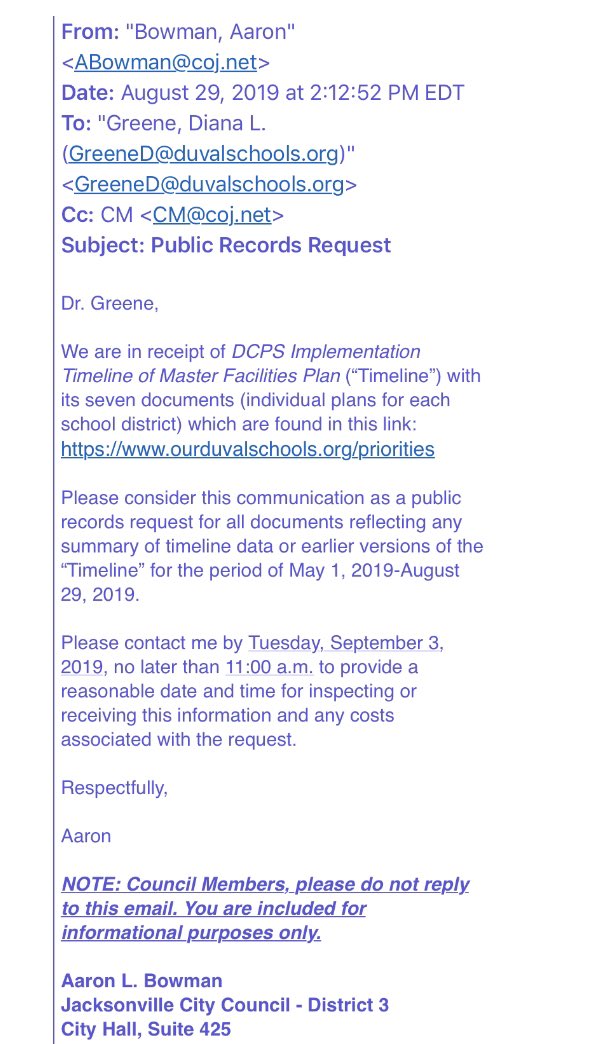 Um, he must think he is pretty special to put a date on his request. I made a request of City Hall at the beginning of the summer and they told me they would have it ready by December.

Oh and I do records requests fairly regularly, but I don’t go straight to the super. I go to the records request department. How arrogant Bowman must be to think the super is at his beck and call.


This led to exchange between Bowman and Carlucci where Bowman called Carlucci, probably one of the most genuinely nicest men ever, a has been.

Bowman wanted Greene to reach out no later than Tuesday morning about the documents that led to the district’s proposed Master Facilities Plan.
Bowman’s colleague Matt Carlucci (an at-large Councilman who notes he was the leading recipient of votes in the March elections) took issue with the “demanding” tone of the request.
This was an extension of his irritation that the School Board has not been heard by Bowman’s committee.
“Aaron, You are a councilman. Please do us and your constituents a favor and Brush up on your humility. Dr. Greene is the Superintendent of al DCPS. Your Attitude only builds walls. Think hard about this, Matt. Ps: you did not behave like this when you came to me asking for support,” Carlucci wrote.
Bowman fired back nine minutes later: “When you come to terms that you are a ‘has been’ , I suspect things will get better for you.”
https://floridapolitics.com/archives/304692-hasbeen-jax-school-tax
A has been? Um they both have the same exact role on the city council right now though I guess since Carlucci cares about people he is in the minority.
There is absolutely nothing redeeming about Bowman, he represents all that is wrong in the city.
He doesn’t care about the city, his colleagues or the city’s children, he only cares about his donors and I bet the only reason he does that is because he thinks they will help advance whatever squirly, myopic, agenda he has. He’s gotten through life being a bully and now that the school board has stood up to him, he is imploding.
The city deserves better.